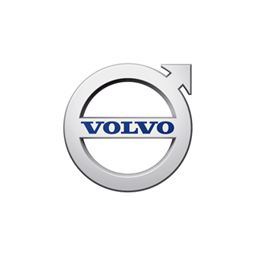 Highway Robbery: The push is on to tackle clearance practices, excessive tow fees

“If it’s a simple tow to get the person to the next exit, why is that $2,000? And we’re not talking major contamination.”

Guy Broderick couldn’t believe the towing invoice that appeared in front of him. The task seemed so simple. An APPS Transport truck only had to be towed a single exit down Highway 401. The clean-up involved nothing more than a bit of coolant that had spilled through a failing lower rad hose.

The tow alone cost $2,531 – and that’s after Broderick negotiated a $1,000 discount. The coolant cleanup was billed at another $2,260, which included a $2,000 flat-rated “environmental” fee. His fleet’s towing company of choice would have charged $500 for the tow. And instead of putting a street sweeper and sander on the clean-up, the team expected to handle the issue with a broom, shovel, garbage can, and no more than a few bags of absorbent. But they were never given the chance to do the work. By the time they arrived, Ontario Provincial Police (OPP) had already called on the services of the first tow truck on the scene.

Time had simply conspired against the fleet. The APPS truck had broken down in a live lane near Highway 400. There was no chance to pull over to the shoulder because it was being used by emergency vehicles heading to the scene of a nearby collision – the same one that was slowing the arrival of the preferred towing company. Police waited 20 minutes, and then had the truck hooked up for its journey to the Keele Street exit.

“You’re not in a position to do anything,” says Broderick, the supervisor who was left to monitor his driver’s experience through text messages. To compound matters, he had to contact one of the fleet’s owners for a credit card to cover a bill of that size. It was embarrassing.

“It’s a huge problem,” Broderick says of the entire process. “If it’s a simple tow to get the person to the next exit, why is that $2,000? And we’re not talking major contamination.”

“I understand why police have to clear the highway,” adds Apps vice-president Brent Byers. “There needs to be more of an effort made to keep traffic flowing.” But couldn’t there be some sort of cap on the cost per incident or distance?

They’re the exact items on the agenda for a provincial quick clearance committee, recently revived by the Ontario Ministry of Transportation to gather ideas from the OPP and representatives of the Ontario Trucking Association, Ontario Recovery Group, Provincial Towing Association of Ontario, Insurance Bureau of Canada, and CAA. “Several concepts to help reduce clearance times for major commercial vehicle incidents have been developed, and the committee is currently developing them to a sufficient level of detail to confirm their viability,” a Transportation Ministry spokesman says.

And there’s no question that gaps exist.

“We don’t have provincial towing guidelines,” says Sgt. Kerry Schmidt of the Ontario Provincial Police’s Highway Safety Division. “The heavy tow sector sets their own rates … we don’t have the ability to refuse someone from doing a job unless we have sufficient justification.

“We don’t have the ability to shop for price. There’s no mandate for us,” he adds, confirming that police receive complaints about bills and other issues associated with towing teams who are put to work on breakdowns. But the focus for police is on getting highways moving again. Individual officers are left with the discretion to decide just how long to wait before handing out recovery-related jobs.

Exactly how widespread any excessive bills have become is anyone’s guess. The Ontario Trucking Association (OTA) is still in the midst of surveying members for copies of towing invoices, in a project that began last year. “What we will be looking for is figuring out where there are anomalies and where costs are legitimate,” says Geoff Wood, the group’s vice-president – operations and safety.

“Obviously the total price is one of the issues — and how you arrive at the total price,” says Doug Nelson, executive director of the Ontario Recovery Group, an association representing heavy-duty towing and recovery operators. Someone who charges $2,000 per hour might finish a job in one hour, while a business that works for $500 per hour might take five hours because they don’t have the proper equipment or training, he says as an example.

“But you don’t go out with a 50-ton rotator to pull out a five-ton truck,” he says. “You should be charging for the appropriate size of equipment.”

Nelson also stresses that some complaints can be unfounded because those who receive bills aren’t involved in towing operations every day. Then again, other complaints clearly seem to be grounded in fact.

An Ontario Transportation Ministry spokesman agreed that rates can “vary significantly” based on services, such as a breakdown on a shoulder compared to a tractor-trailer that overturns in a live lane and spills its load. “MTO is aware of cases where the fee charged for the work done is much higher than would be expected. The concepts being developed by the quick clearance committee are expected to help keep the fees charged within a reasonable range,” he said.

There’s a concern around the process of giving work to the first tow trucks on scene, as well.

“We need to be able to do this safely,” the OTA’s Wood says, recognizing the pressure to open highways as quickly as possible – especially in the Greater Toronto Area. “But we can’t have tow trucks racing to the scenes of collisions … everybody has got to be safe in what they’re doing.”

A fleet’s preferred towing companies, meanwhile, can face other barriers to doing such work. Out-of-town operations are regularly blocked from projects because they lack the licences imposed by individual municipalities. Nelson refers to one operator who was fined $1,600 for hooking up to a vehicle behind a service center that was just a few hundred yards inside the Toronto city limits.

“We need to go to a provincial licence, and we have to have a body where complaints can go to – with people who are educated and understand the towing issues,” he says. “God bless the municipalities. They’ve tried their best to fix a lot of the pricing problems, but they’ll never be able to protect the industry.”

Admittedly, the province has struggled in such efforts in the past. This isn’t the first time a quick clearance committee has come together to look at towing-related challenges. Nelson also scoffs at relatively recent efforts to protect consumers through the Fighting Fraud and Reducing Automobile Insurance Rates Act.

“It didn’t do anything to help at all because there’s no management,” he says. Car owners who are frustrated with bills of their own are usually limited to court actions and the workings of the Ontario Repair and Storage Liens Act.

Still, he’s hopeful that a recently elected Conservative government will be open to listening to concerns.

“We have a balancing act to do here,” Wood says. “It’s got to be safe. It’s got to be fast as possible. It also has to be fair, which is the big one.

“It’s about designing a system that works.”

We sometimes hear from drivers who have been gouged by unscrupulous tow truck operators. Unfortunately for commercial vehicle drivers, the towing industry is still largely unregulated.

While consumer protection legislation may apply to the towing industry — as it does in Ontario — the legislation itself only protects individual consumers. Not businesses. Some municipalities also regulate the maximum amount that an operator may charge for a tow and related services, but such regulations usually only apply to passenger vehicles.

So what should drivers do when dealing with an unscrupulous tow truck operator? Here are a few tips.

First, remain calm. As frustrating as the situation is, getting angry is not helpful. In fact, it might even make matters worse. Instead, focus on the goal of getting your vehicle safely off the road.

Second, before agreeing to anything, collect as much information from the operator as you can. Operators in your jurisdiction may or may not be required to provide certain information before they can start the tow. Either way, the operator will likely have it available. Helpful information may include:

• the operator’s name and/or business name;
• business address and other contact information;
• municipal licence number;
• driver’s name;
• driver’s ID number;
• truck licence plate number;
• details about all prices to be charged for all services to be rendered;
• the location where the vehicle will be towed;

whether the operator has a financial interest in taking your vehicle to a given facility.

The operator may be required by regulations to keep daily records of all performed work, including the rates charged for each tow. Be sure to ask for a copy of this logbook. If the operator refuses, note down the details of your request and the refusal.

Record all of this information in writing, too. Use your smartphone if there’s no paper handy.

Third, consider your options. Evaluate whether quoted prices are reasonable, and whether there is anything that you can realistically do in the circumstances. Is this operator the only option, or is there time to call for someone else and wait for another operator who you know will charge reasonable prices? Can you call dispatch or someone else for assistance? Can you stall for time?

Then, if you must proceed with an operator who is taking advantage of the situation, don’t get mad. Continue to record evidence.

Take as many pictures with your smartphone as you can. Important details will be found in shots of the tow truck and all identification, including the licence plate, and both sides of any documents.

The phone’s video setting can also be used to record all conversations with the operator or any other noteworthy developments. Consider asking the operator, on the record, to charge a more reasonable price. If they refuse, as why they believe the charged rate is reasonable. The answer to such questions can be helpful later.

This can all be supplemented with written notes that include details about every conversation with the tow truck operator. And record these details as soon as you can, along with the name and badge numbers of any police officers on the scene.

Be sure to get an itemized invoice for all services that are ultimately rendered and read everything carefully before signing anything. Make a note of anything thought to be objectionable, and don’t hesitate to record the objections in writing or on video.

Ultimately, the incident may be serious enough to warrant a small claims action. A tow truck operator may even assert a lien over your vehicle until all owing amounts have been paid. In cases such as these, it would be prudent to call a transportation lawyer to decide what to do next.

By James Manson
James Manson of Fernandes Hearn LLP can be reached 416-203-9820, or jmanson@fernandeshearn.com. This column is intended for information purposes only and does not constitute legal advice.
www.todaystrucking.com